By Skiathos Landings30 September 2016 No Comments

Recently the winter schedule of flights between Athens and Skiathos announced.

As destination, Skiathos, along with six other domestic destinations (mainly islands), is no longer operating under PSO (Public Service Obligation). Domestic PSO routes validity was about to expire on 28 October 2016. During recent offers Sky Express announce interest to enter the market between several domestic connections. That interest put those routes out of PSO since there is commercial interest from now on.

However both carriers operating Athens-Skiathos route has to comply with some standards, such operate a minimum number of flights all year round, otherwise there is a penalty of 500.000 euro for both carriers since they “break” the PSO.

According to all above and the announcements of Sky Express and Olympic Air, flight schedule for route Skiathos-Athens from 28 October 2016 to 26 March 2017 will be as follows: 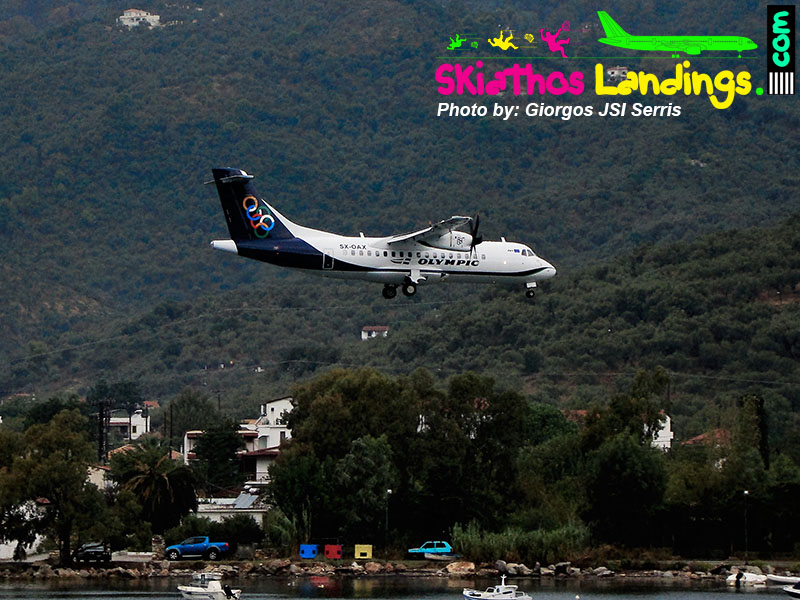 Recently Olympic Air flew to Skiathos for the first time the new ATR42-600. Here is the photo of the first visit as OA-084 from Athens on 26 September 2016 (SX-OAX)