By Skiathos Landings10 August 2016 No Comments

Starting from today August 10, 2016 new airport at Skaithos airport is fully operated for all flights.

Today (August 10), all flights served at new apron and passengers transferred to the terminal with busses.

According to NOTAM B712/16 old parking stand no2 is blocked as it is affecting the clearance of taxiway between old and new apron.

Here is the relevant NOTAM

According to the above we understand that Olympic Airways flight will use the old parking stand number one, the closest to the terminal, unless Airbus A320 is used (like Fridays and Sundays).

New apron was available since June 24, 2016 according to NOTAM B0583/16 but till today used for few jetliners for trials and from general and business aviation small aircraft.

The allocation of parking stands on the new apron is not finalized yet, since there are no leading lines assigning the stands. Initial master plan shows higher number of parking stands with push-back tracks usage but there was another plan for roll-through parking stands with less capacity. By now ground handlers are not ready for push-back operations. These temporary situation is due privatization of the airport (recently signed between State and private company) with effectiveness of November 1, 2016. So this is the reason why NOTAM B0712/16 validity is early November and old parking stand no2 is temporary unavailable but not closed. 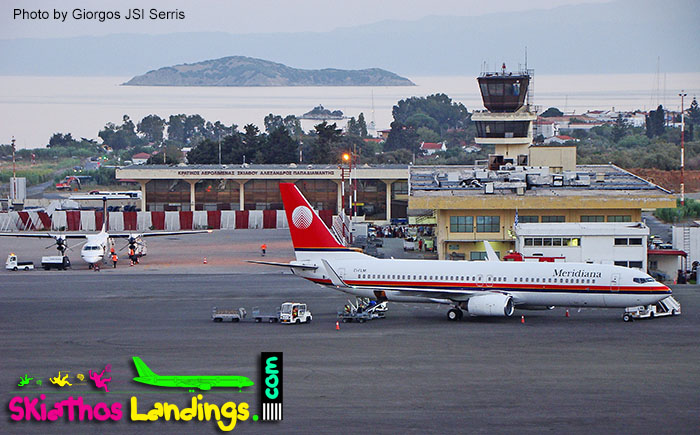 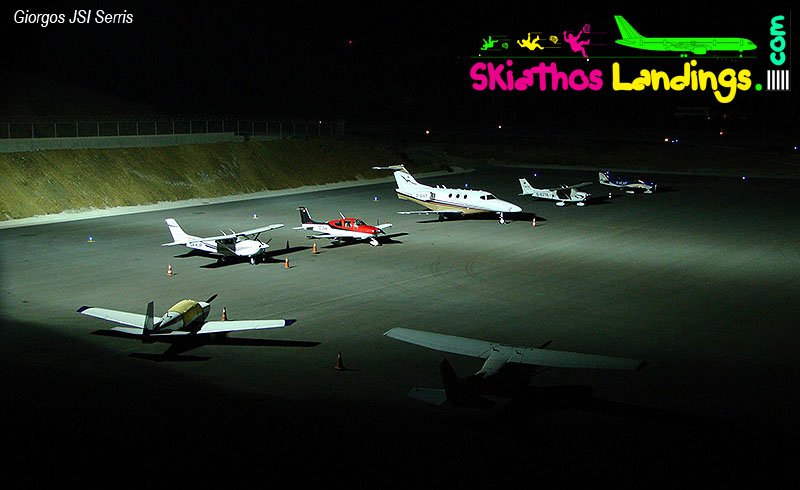 Increase of private aircraft at Skiathos

Increase of private aircraft at Skiathos