By Skiathos Landings1 July 2019 No Comments 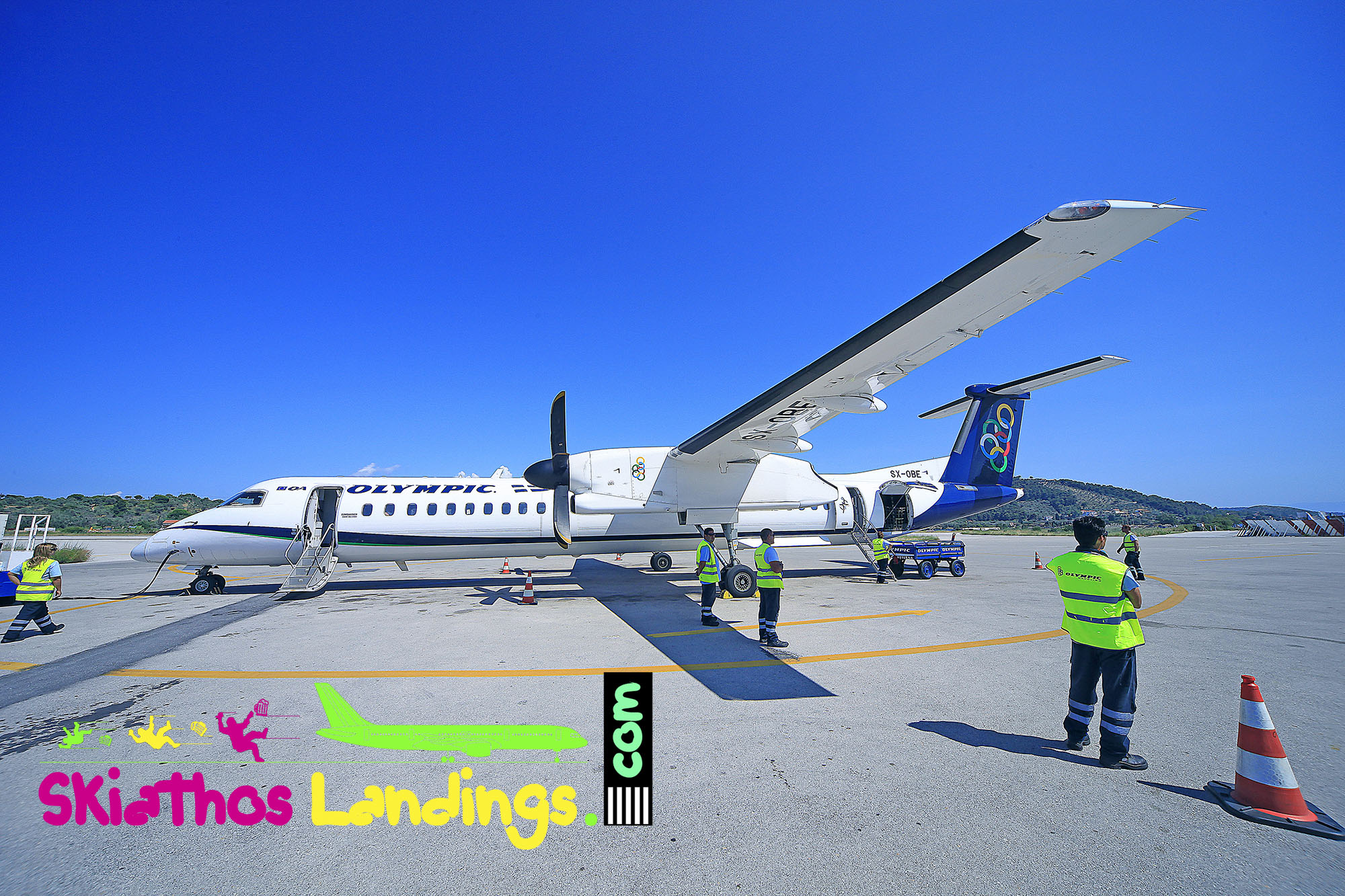 On Saturday 22 June 2019 once more in Skiathos airport history, the service between Thessaloniki and Skiathos started on seasonally (aircraft of the first service was registration SX-OBD).
Olympic Air flight 598/599 with 78 capacity Dash8 Q400 will operate the route four times a week.

The flight is operating by airplane based in Thessaloniki and is part of the network of Olympic Air to many Greek islands from Thessaloniki airport.

Last time Skiathos Island connected with Thessaloniki was in summer 2011. Eight years back the route was a kind of extension of regular Athens flight, with the airplane continues three times a week to Thessaloniki.

Full article of the first flight Skiathos-Thessaloniki on 4 July 2011 with more details (Greek language) can be found here.

Video of Ceremony for the first flight of Olympic Air, between Thessaloniki and Skiathos, on summer 2011 can be found on skiathoslandings.com YouTube channel here.

The seasonal service started by 4 July 2011 by Olympic Air (owned by MIG at that time).
Flight 868/869 was a kind of extension of regular Athens-Skiathos service. The flight was Athens-Skiathos-Thessaloniki and return. 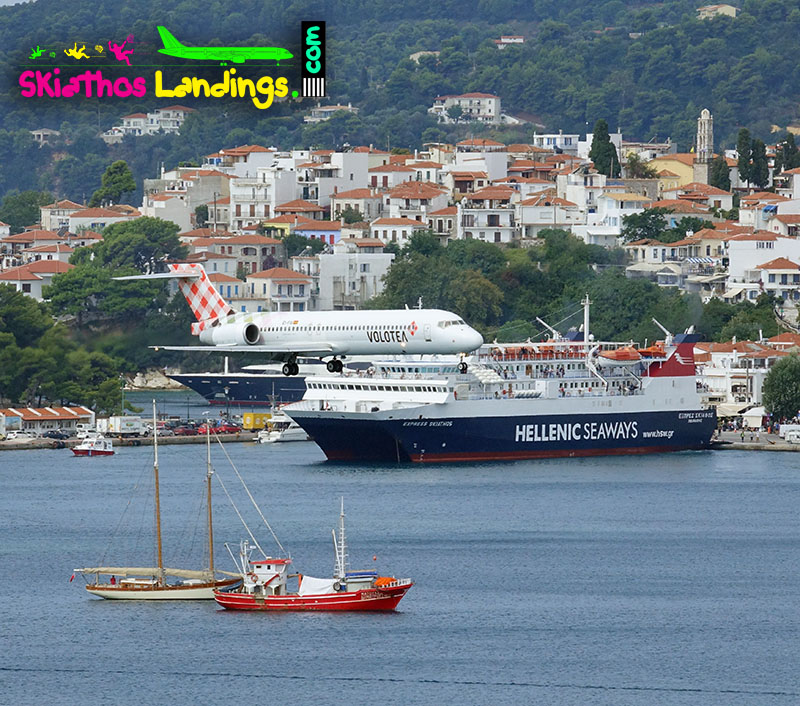