By Skiathos Landings12 August 2021 No Comments 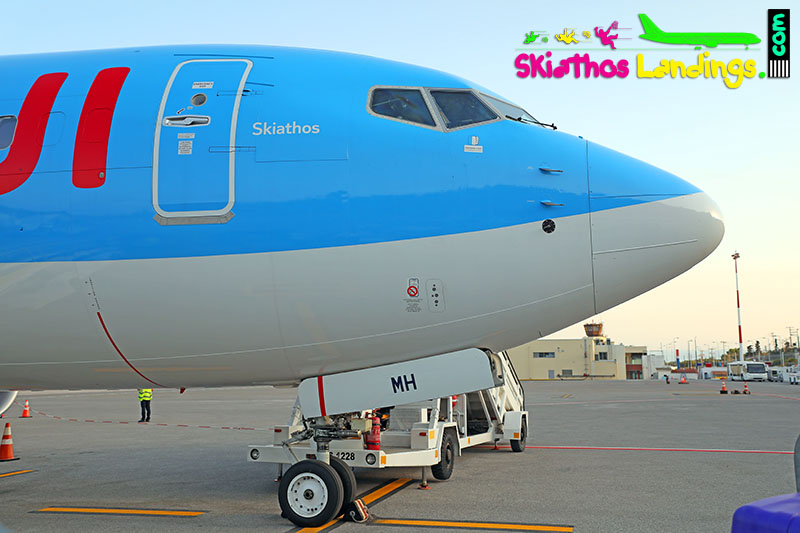 TUI Air brand new Boeing 737 MAX 8 with registration G-TUMH was named “Skiathos” during spring of 2019. Unfortunately the plane was waiting at Boeing Field airport (KBFI/BFI) to be delivered to TUI Air, since the aircraft type was grounded after the Ethiopian crash.

Finally the airplane was delivered to TUI Air on 12 March 2021. Flew from Boeing factory in Seattle, nonstop to London Gatwick, as TOM-943P.

On 10 August 2021 G-TUMH with name “Skiathos” arrived at Skiathos airport as TOM-2200 from Manchester.

Skiathoslandings.com was present and with help of Fraport Greece and Hellenic civil Aviation Authority (Air Traffic Control) we all welcomed the airplane to our island! 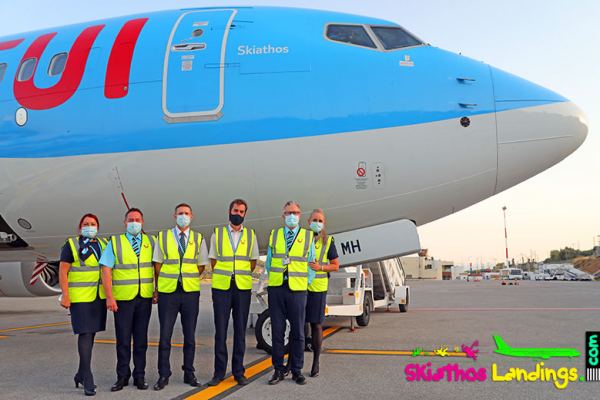 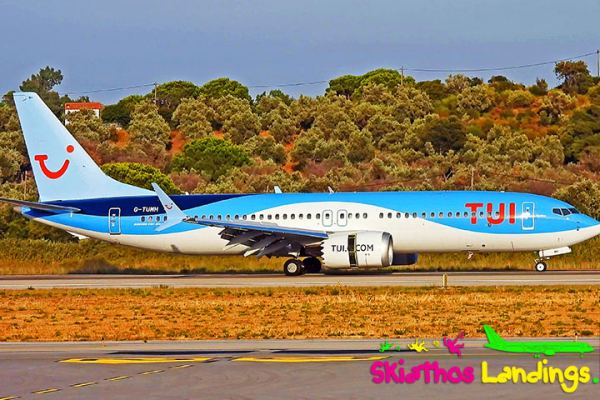 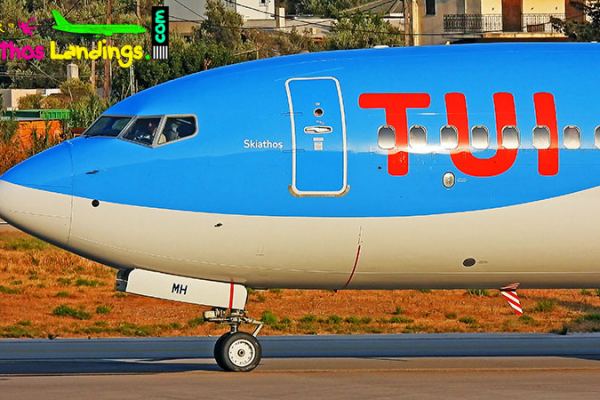 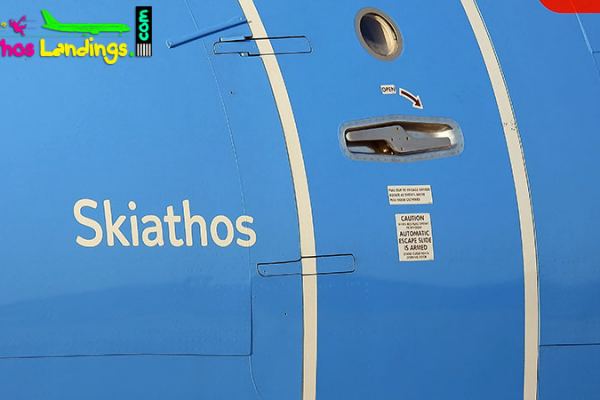 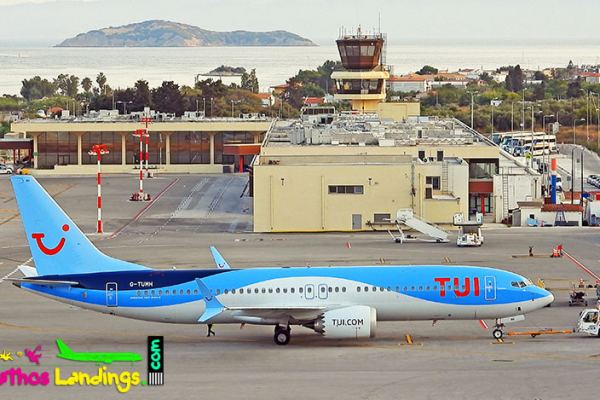 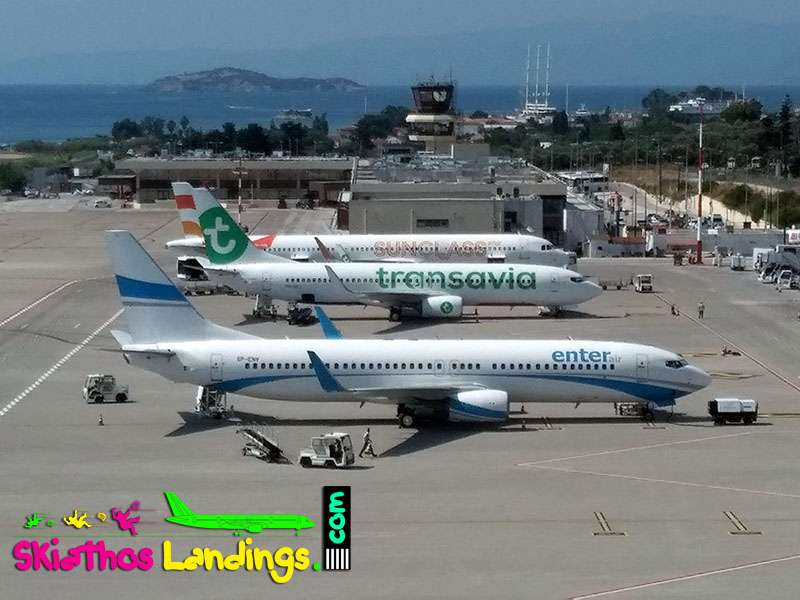