By Skiathos Landings10 September 2020 No Comments 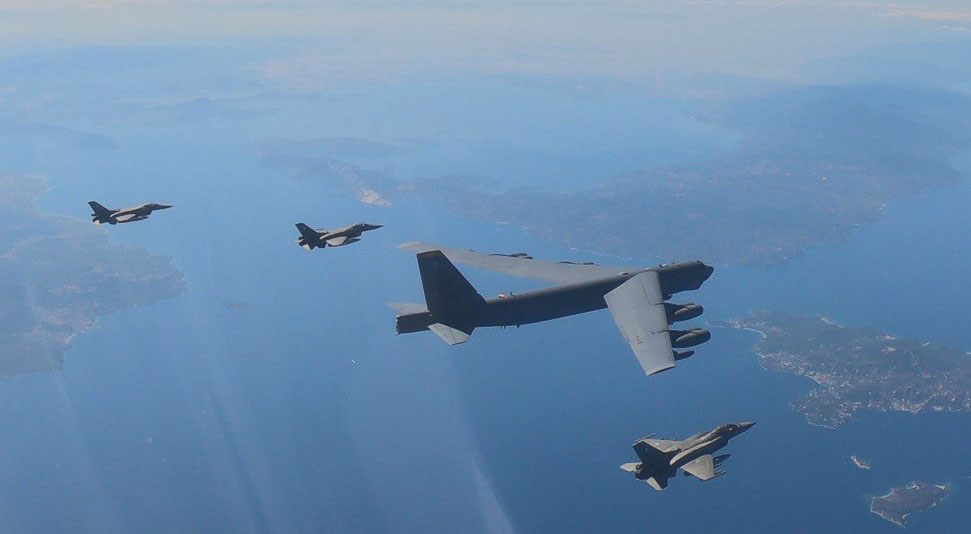 US bombers to overfly all 30 NATO Allies in a single day
Six US Air Force B-52 Stratofortress bomber aircraft are overflying all 30 NATO Allies on Friday (28 August 2020), training together with Allied air forces. As four US strategic bombers fly over Europe and two over North America for this long-planned event, named “Allied Sky”, they will be accompanied by around 80 fighter aircraft from across the Alliance, providing an opportunity to boost Allies’ ability to train and operate alongside each other.

NATO Secretary General Jens Stoltenberg said: “Today’s training event demonstrates the United States’ powerful commitment to NATO, and Allied solidarity in action. As US bombers overfly all 30 NATO Allies in a single day, they are being accompanied by fighter jets from across the Alliance, boosting our ability to respond together to any challenge. Training events like this help ensure that we fulfil our core mission: to deter aggression, prevent conflict, and preserve peace.”

Based at the 5th Bomb Wing, Minot Air Force Base in North Dakota, the B-52s arrived in Europe on 22 August, flying into Royal Air Force Fairford in the United Kingdom. Earlier this week, the bombers also exercised together with Norwegian F-16 and F-35 fighter aircraft off the coast of Norway.

Since 2018, the US has conducted more than 200 Bomber Task Force sorties with Allies and partners. Most recently, this involved B-1B Lancer flights over the Nordic, Baltic, and Black Sea regions in May, as well as an air policing overflight of North Macedonia, NATO’s newest member. In June, B-52H Stratofortresses conducted flights over the Arctic Ocean, and later took part in BALTOPS, the largest annual exercise in the Baltic Sea.

According to the above plan Stratofortress bomber aircraft overfly Skiathos on 28 August 2020.

On this fantastic photo (provided by HAF, from the 4th F-16) the formation of F-16s with the B-52 few miles before Skiathos. Down right on the picture is Tsougrias Island and further north the airport! 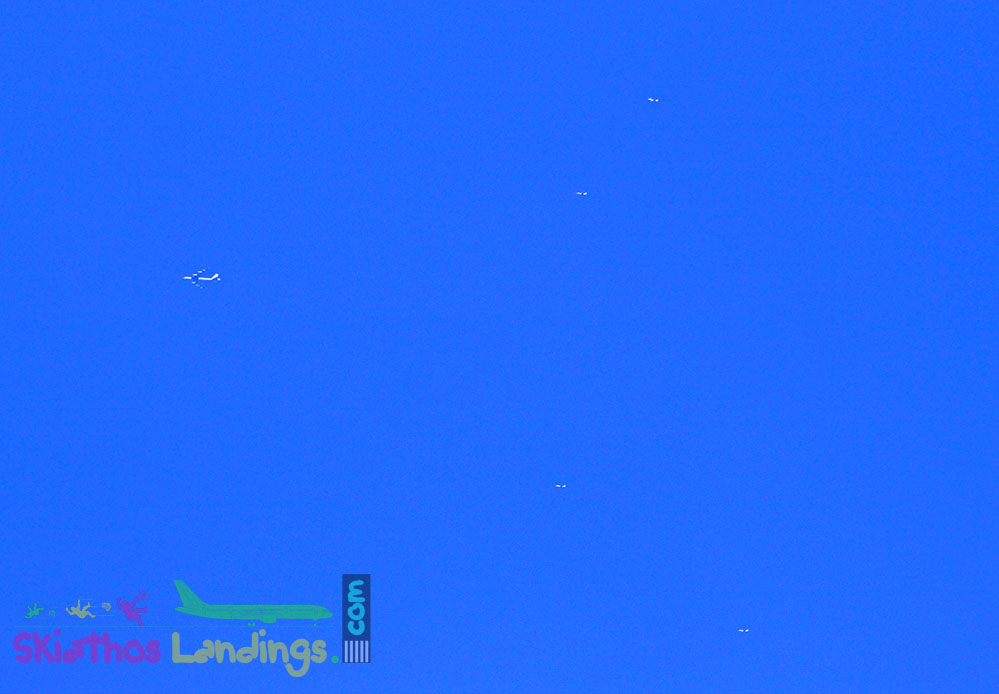 And a photo of the formation of the B-52 and the four F-16BLK52+ as seen from the ground, from Skiathos airport! 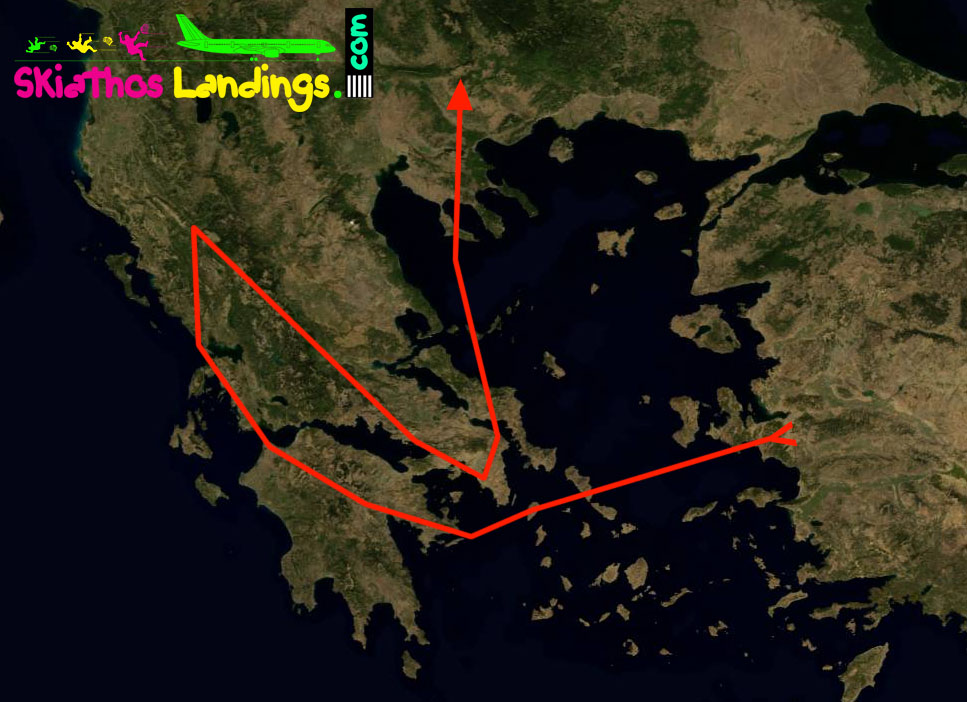 The route within Greek airspace. The B-52 flew with call sign NATO-01 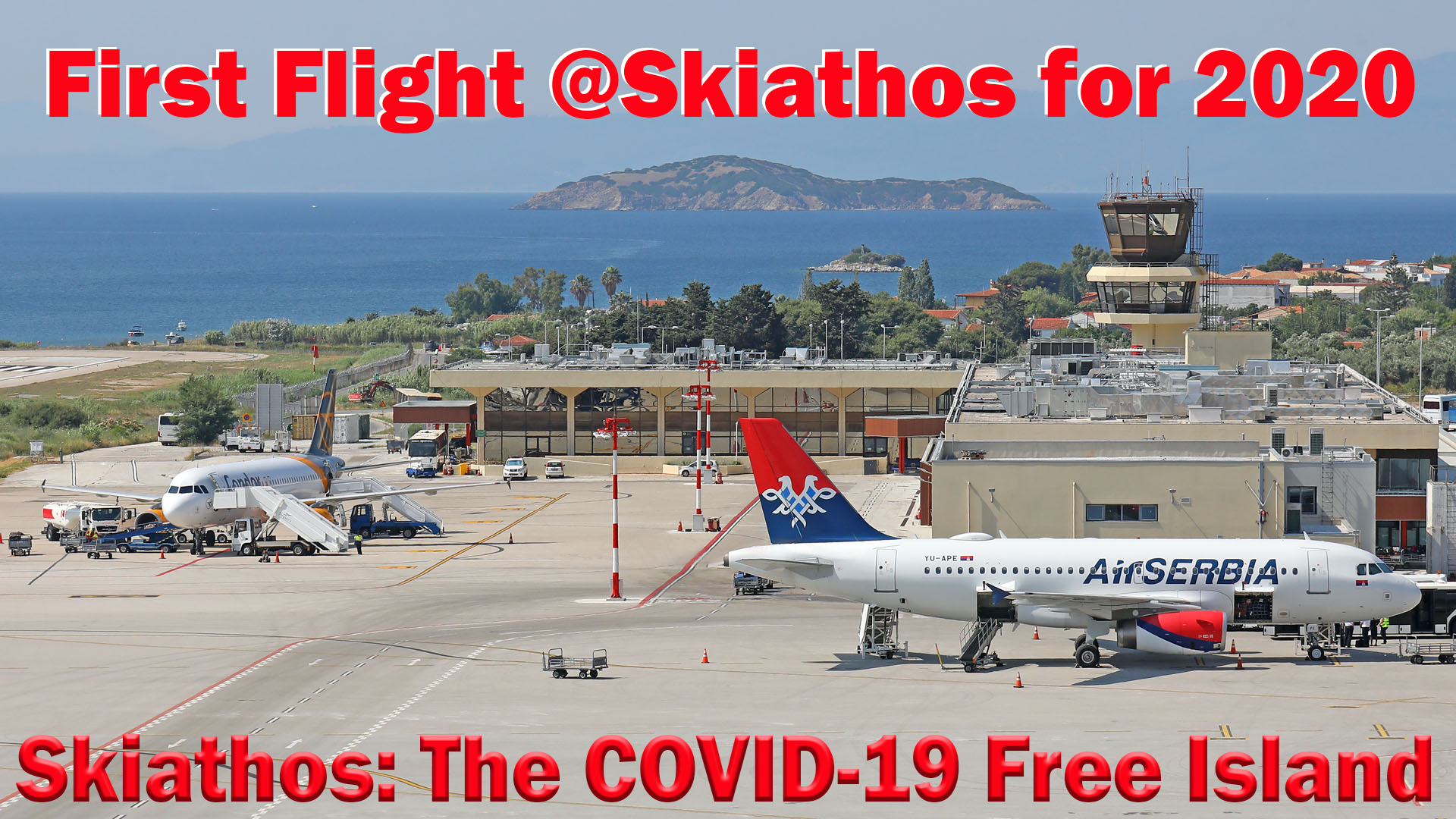