By Skiathos Landings9 January 2017 No Comments 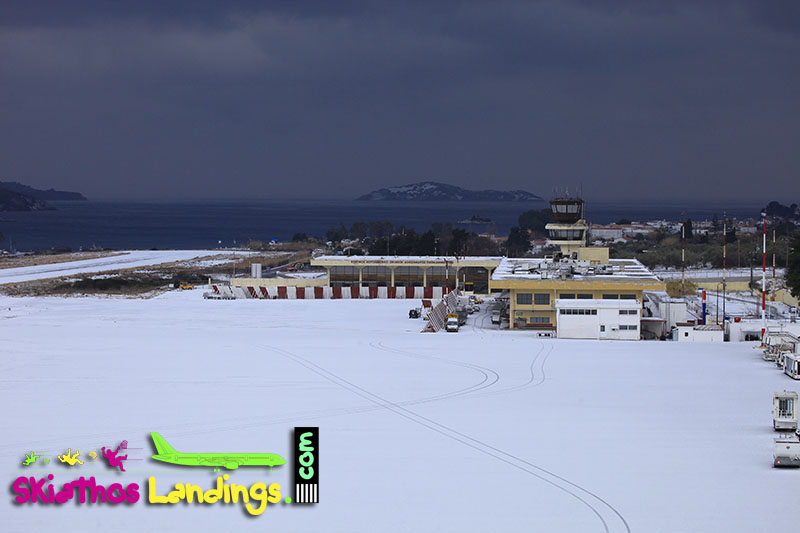 Heavy winter this year in Skiathos! Low temperature and a lot of snow falling for 38+ hours continuously, during the early days of the new year 2017, covered the runway completely on January, 8 2017.

One Olympic Air flight from Athens was canceled due extreme bad weather conditions on Saturday January 7, 2017.

Below the SNOWTAM of the airport and few photos of several angles, known from hot summer aircraft shots…. 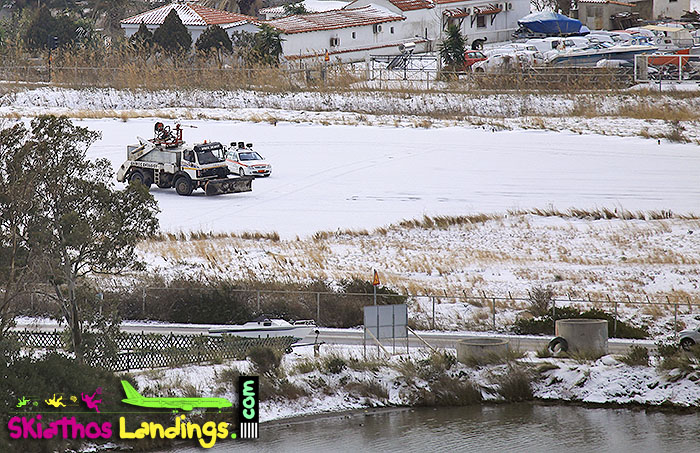 (above and below:) Snow removal/runway cleaning

Below: runway 02 finals in snow 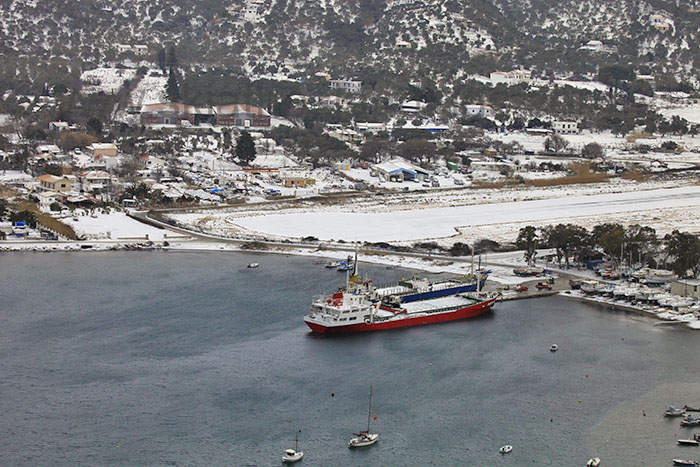 Below: Ground Services Equipment on the new apron 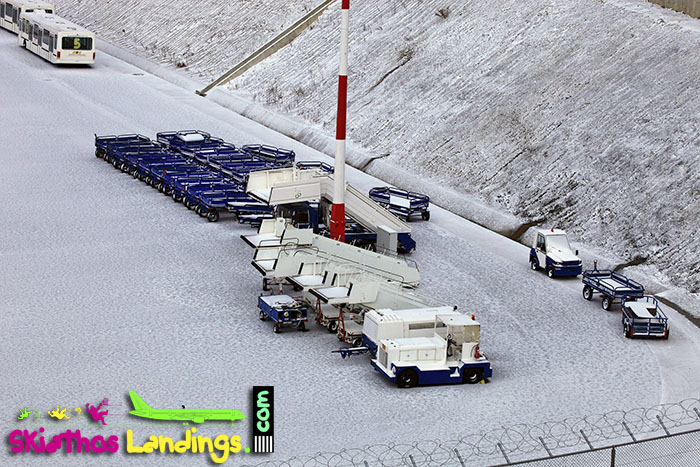 (below:) Runway 20 and Xanemos Beach 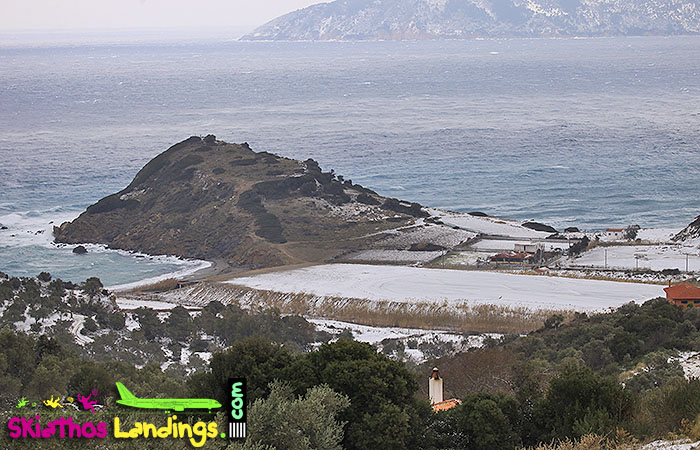 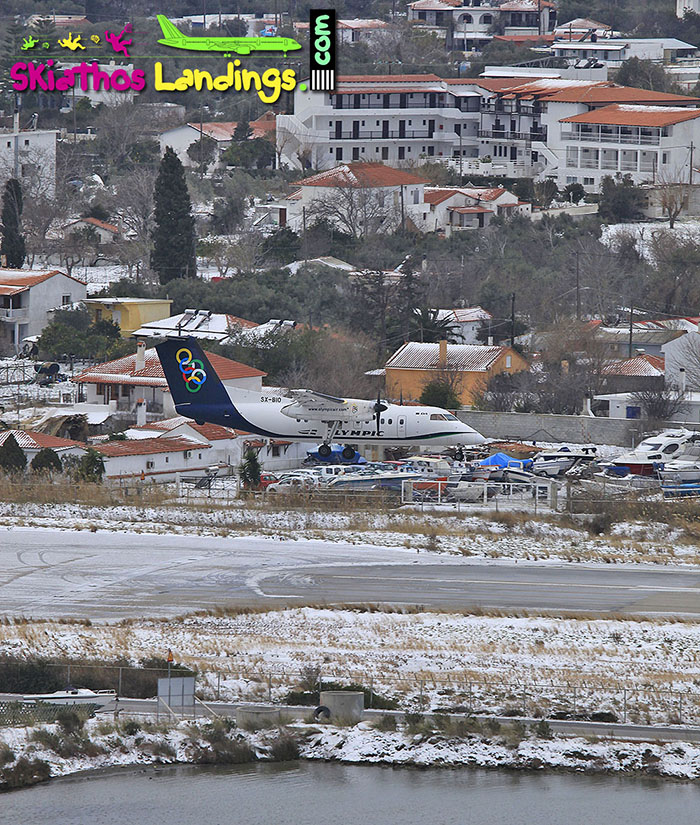