By Skiathos Landings29 September 2016 No Comments 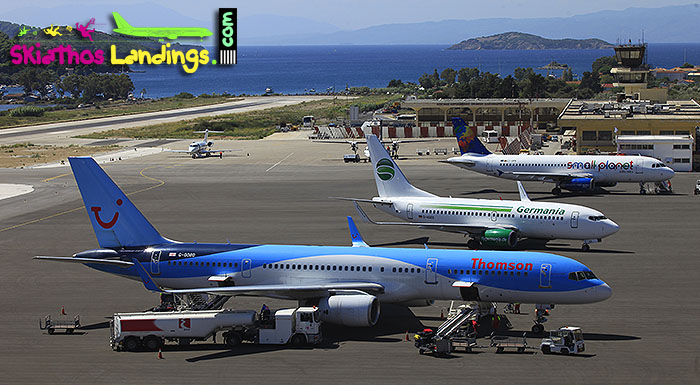 Traffic statistics of Skiathos airport traffic during August 2016 showing an increase of flights and passengers compared to the equal period of 2015.

Traffic from UK is still holding number one place on passengers rank with an increase of 13,18% compared with August 2015. Traffic from Italy is also rise (16,06%) but still coming behind UK no matter if flights from Italy are much more than those from UK. The deference between UK and Italian carriers is that flights from UK using higher capacity aircraft. 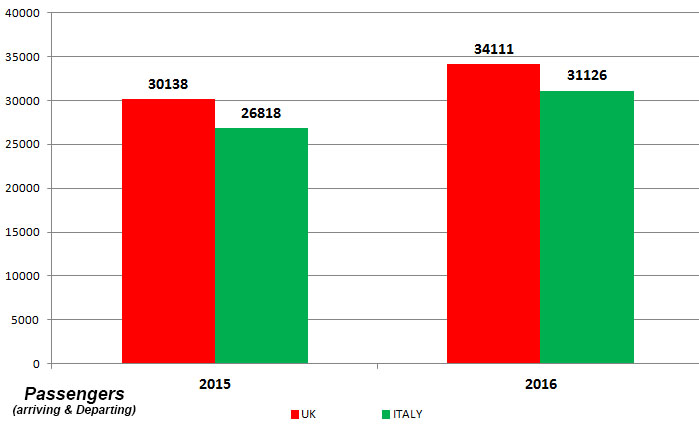 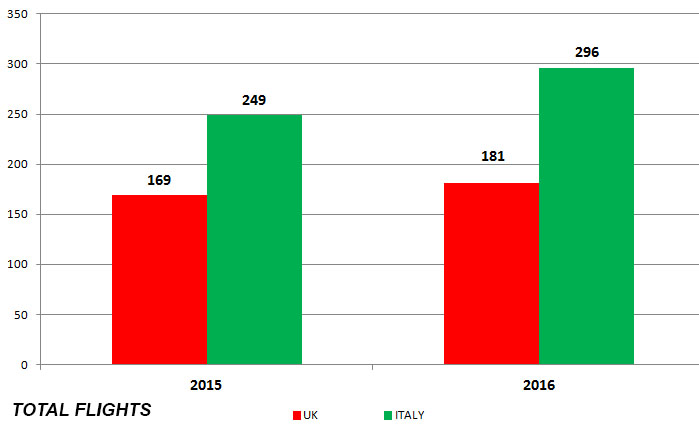 Domestic traffic is lower than 2015 no matter if Olympic operate three flights daily. The deference this year was due less flights by Airbus A320. A320s used only Fridays and Sundays compared with much more A320 flights previous seasons. However for summer 2016 we expect increase on domestic traffic due those three daily flights. Especially the new mid day flight catch much more connections from Athens than the other two schedules.

Below Skiathos traffic August 2015 by country: 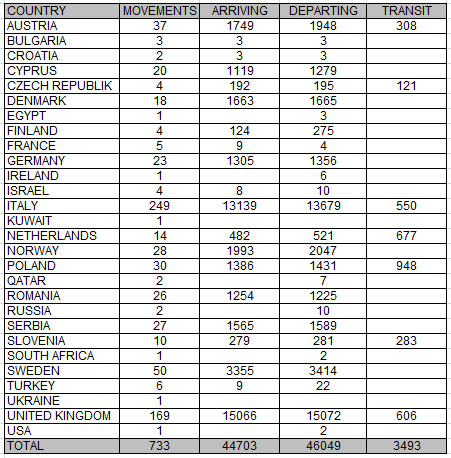 Below Skiathos traffic August 2016 by country: 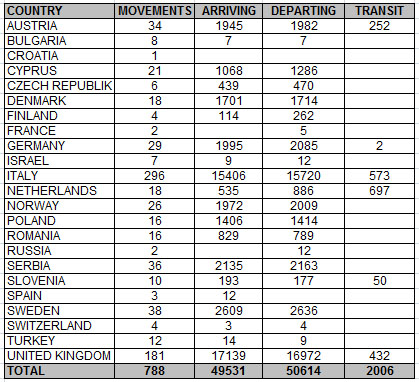 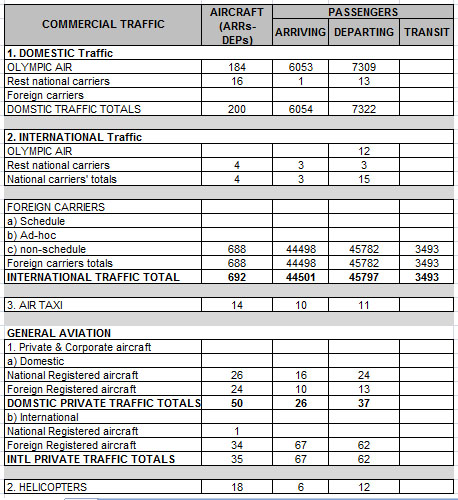 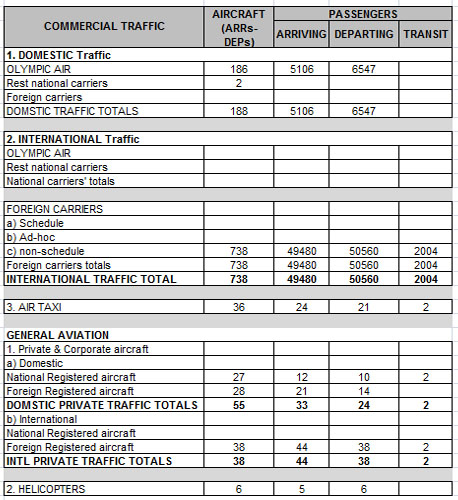 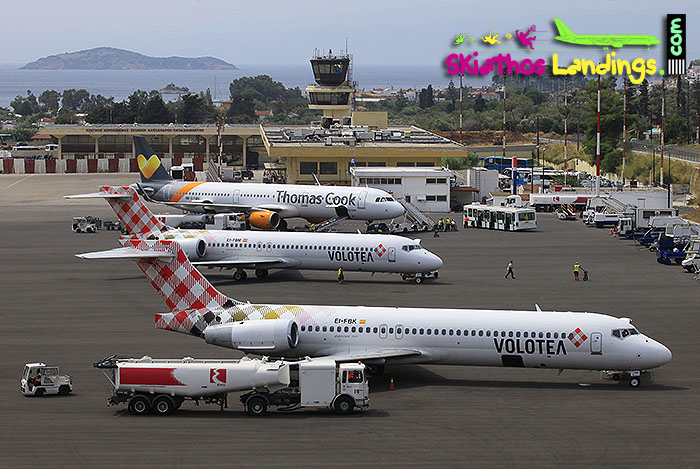