By Skiathos Landings27 April 2019 No Comments 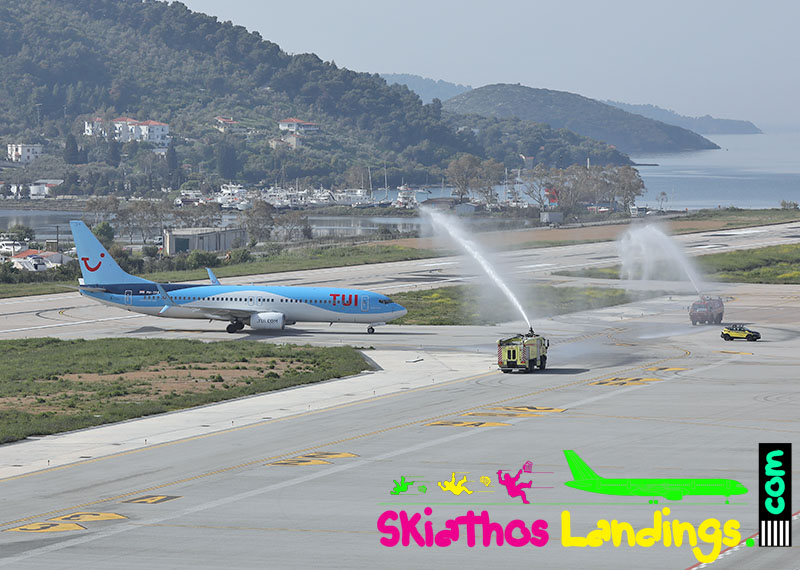 Summer season for Skiathos started with the first landing of foreign charter airplane.
This year Arkefly (TUI Netherlands) from Amsterdam was the first international flights for the island.
Arkefly flight 287 with Boeing 737-800 (PH-TFA), arrived from Amsterdam around 09:30 in the morning and continue to Kefalonia after a short ground time.
Originally the flight supposed to operate with Boeing 737-8Max but after the global grounding of the aircraft type an -800NG used as all these years.

Interesting coincidence is that first (early) flight once more from Netherlands use the same aircraft as the last year we notice first flight by end of April. We talking about Arkefly Boeing 737-800 (PH-TFA). Same aircraft made the first flight at 2008 with old TUI/Arkefly livery. Details from year 2008 and photos HERE.

Fraport-Greece, the operator of Skiathos airport arrange a warm welcome to the first flight for the summer with the traditional way, as they did always those recent years.

Safe flights to all for the summer! 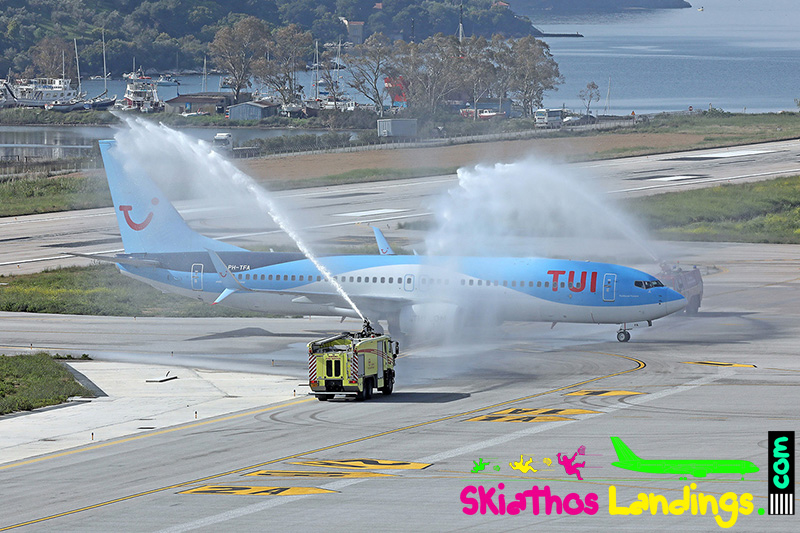 Traditional WELCOME at Skiathos airport of the first flight 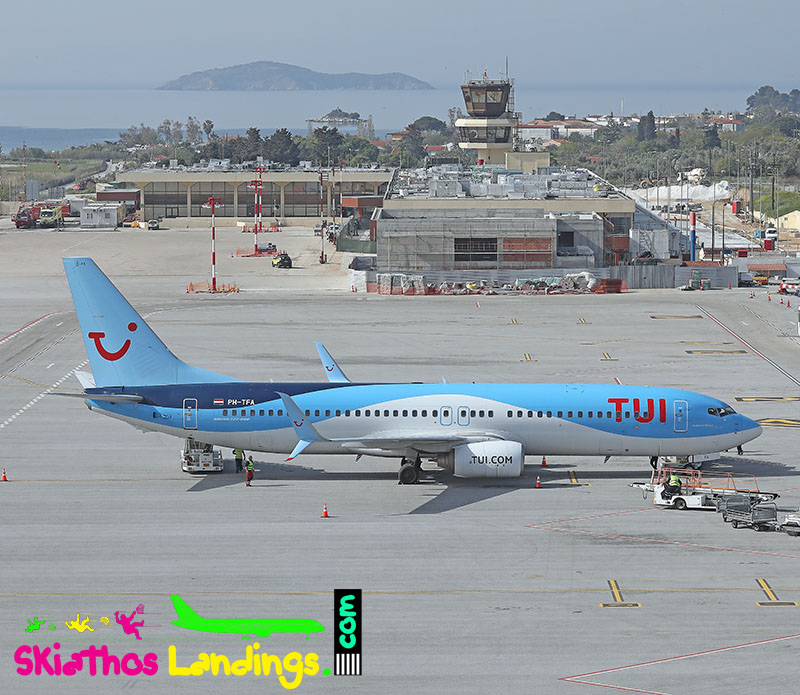 Arkefly just parked on the apron 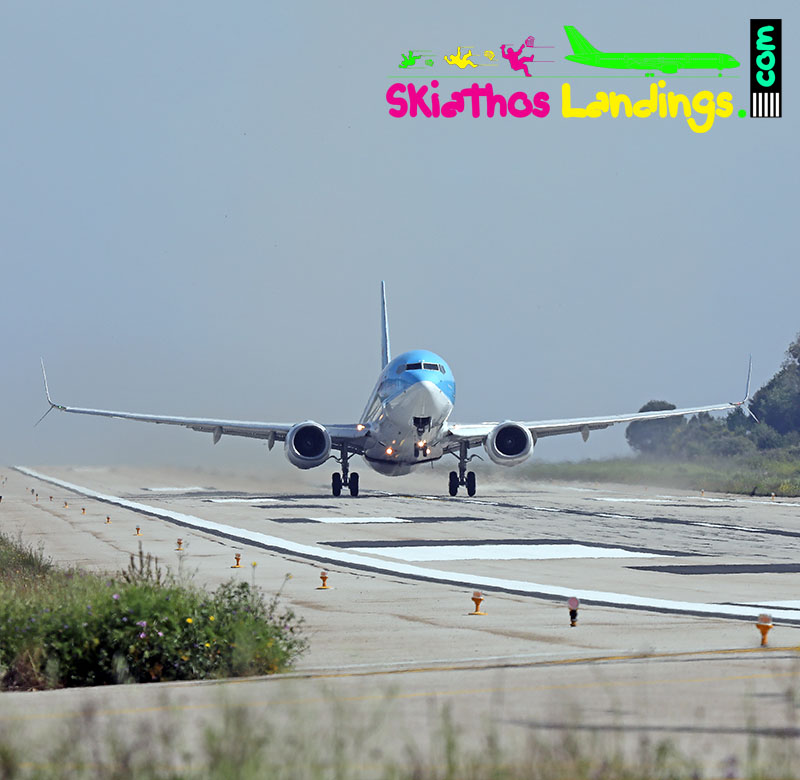 Take-off from runway 19 to Kefalonia 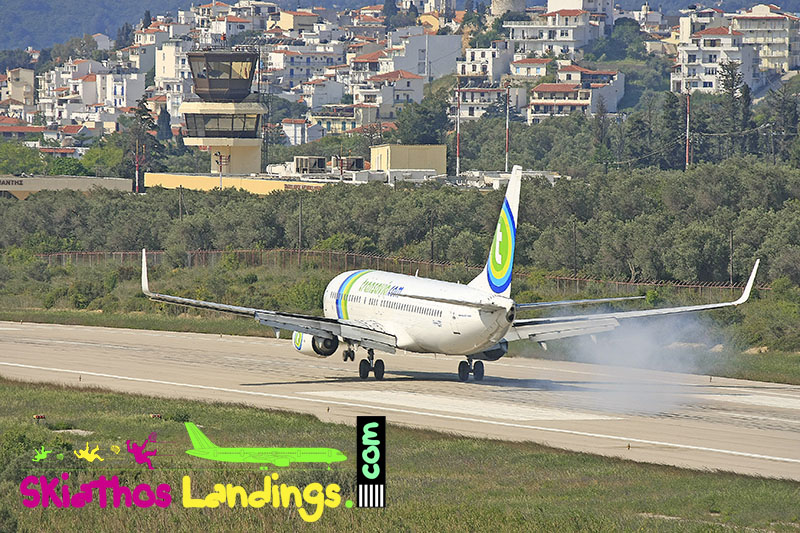